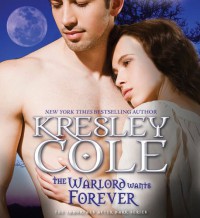 Valkyrie and a vampire trapped in the sinful game of seduction !

Nikolai Wroth is a general in the rebel vampire army. He is desperately searching for his Bride because he detests his weakness as a turned human. He will not enjoy a heartbeat or breathing and will consequently always be weaker than the fully blooded vampires, that is, until he finds his one and only Bride. He won't get an easy pick on this one. He will be very surprised when his heart will start beating for the Myst the Coveted, a mythological being of fey species whom he believes is absolutely, completely mad as a hatter.

Myst the Coveted is playing a dangerous game. Playing as a bait in the game of seduction backfires on her when her first captor, Ivo the Cruel craves for information than her blood or her body. From the second captor, gorgeous former human warlord and now a fierce vampire general she gets no response at first but when he starts responding to her seduction, he goes all out. He wants everything she is and isn't willing to give.

When their interests collide, with the help from her sisters, Myst wins and leaves the poor general bleeding against the wall of a cell where she gave him a taste of her blood. She locked him in the circle of ultimate torture. With the taste of her blood and unfinished business among their bodies, he will forever be locked in the circle of never-ending lust for her and her alone and inability to do something about it. For five years he will search for her and when he finally finds her all hell will break loose.


Beautifully written novella that made my heart skip a beat. It is enticing and makes you lustful for all the other sequels to this amazing "Immortals After Dark Series".

Nikolai is your dreamy human warrior and a vampire rebel type. Since he is a turned human he isn't as ruthless and emotionless as the fully blooded vampires. He is the perfect mixture. Scars that marred his body were the first thing Myst fell in love with. He has broad shoulders lined with muscles and strength. He is tall and overprotective. Need I say more?

Myst is a more complicated character. I didn't understand her game at first. And then I definitely misunderstood her. But in the end when all is revealed, you have to respect her and look up to her. For all those centuries that she lived and for all that happened to her and to her sisters, she is doing just peachy. And her hobbies in gathering lace and silk as well as nail polish can partly be explained by her genes, partly by the fact that she is a woman and that third part reveals her true face. She is the most feminine of her coven (or at least that's how I see it with my limited knowledge so far).

The Lore is partially explained but as the story progresses so does the information. It will all be explained in due time. Regarding the action, there is no serious action in this novella. Only what happened between the main characters. In the second novel we have more of that so I'm presuming that as the storyline progresses in the series, so does the fighting and the wars ahead of us. Since we have plenty of paranormal creatures lurking in this series, there is plenty to explain and put into motion. So far so good. I am pleased with the flow of information and expect a bunch more.

All in all, this novella is gripping and I tell you that the sequel is even better so if you plan on reading this, take a couple of hours off from, well, everything in your life and make yourself really comfortable. You won't be moving much. Judging from my experience, once you read the first novella you will want to see what happens in the second full length novel where you'll meet Emmaline and Lochlain, an even more unlikely pair than the valkyrie and a vampire so hurry up and get started ;)