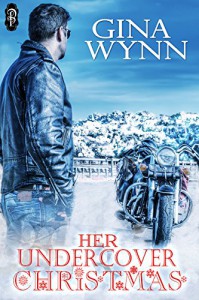 "Like the bravest of moths faced with the most beautiful of flames, she lifted her hand to touch the corner of his mouth.
“Don’t!” Bastian reacted the instant her fingertip grazed against him, and grabbed her arm, jerking her finger from his warm skin.
“Does it hurt?” She traced the ragged scar with her eyes, instead.
“Not where you’d see a mark.”"

Ah, romance *sighs*... a romance with a bad boy with a twist and all of that under covers of snow in a remote cabin just before Christmas... add to that a heist gone wrong, running away from the gang and using a remote cabin that hasn't been lived in for 25 years (I think).

I can tell you right away that this read is not all about romance and making you all wish you'd have your own Bastian in your life but it is also about finding your place under the sun, finding the place you fit in, it's about belonging. And even though it is more obvious in Bastian's case, Phil is also trying to live in two worlds not really fitting in any properly.

This book is a sequel to Her Dollmaker's Desire but I believe it can be read as a stand alone. If you do get a chance, read it as a sequel because you will understand Sebastian (Bastian for friends and family) better and you will understand his choices and his search for a place to belong to.

Let me give you a little Bastian background in case you aren't able to get the first book. Sebastian is well known as a gang leader in London, he is known as ruthless and mean and powerful, the kind of person you want to stay far far away from. But as we learned in the first book, he is actually an undercover detective, trying to get the gang sorted out as best as possible. Now, after more than a decade his undercover role leaked out and the gang is after him. He needs to leave it and London as well if he wants to survive.

But then he gets a phone call and needs to return a favour to Rosa, a character we also met in the first book. She runs a restaurant and has ties to the Italian mafia, not by being in it but through her late husband who was involved in it and her family that she is trying to steer clear of trouble the best that she is able to. She is a formidable, strong and well liked woman who has done favours for Bastian, the gang leader, before. Now she needs his help.

She asks of Bastian to look after her daughter Philomena aka Phil because she knows she is getting mixed in some sort of trouble with her cousins. She needs someone outside the family to get her out of trouble. When Bastian tells Rosa he is an undercover cop and on the run, she is hesitant at first but still insists on collecting the favour. Bastian is an honourable man despite what many others may think and decides he should do this one last thing in London.

Phil got herself involved in a museum heist just because she wants to be noticed by Vinnie, a bad man in the aforementioned mafia who is handsome but all trouble. She sees a way out in this man so she is willing to break the law if that will get her near him. Needless to say that the heist goes all wrong and Bastian manages to get her out of there and storm away with her running from her cousins and the Brotherhood, his former gang. He takes them far away from London, despite her many complaints, and brings her to his remote cabin he didn't visit in more than two decades.

And this is where our story full of regrets, questionable choices in life and little lies and unspoken desires with raw attraction begins.

"No one else showed him disrespect, but he enjoyed her feistiness. It made him real, again, instead of the character he’d created for himself, the main player in the fake life he’d lived to survive, and part of him basked in her unrestrained rudeness…the immature, spoilt brat side she hadn’t bothered to abandon at the door. No fake people."

In those few sentences we can see exactly what Bastian feels. He spent more than a decade working undercover as a gang leader, no one knew his real identity, not even his brother knew that he was actually a detective. He played a character of a bad boy, of the terrible gang leader, and he played it well. But he also lost a part of himself in all that. He could never be his real self and no one wanted him for him, everyone always needed something from his as a gang leader.

Phil was rude to him, too rude and she indeed did act like a brat but he found that refreshing. She was real to him, she didn't hide anything and she got to know him better in a very short span of time than others did in a decade or more. She got under his skin also because now he finally shed the gang leader skin and he knew he will only be Bastian from now on.

I find his struggle to find a place to belong to all too familiar and it resonates deep within me.

"She could ignore the few fibs to her mother and focus on netting her man, her lifestyle of choice. She deserved to live as his queen."

Phil's story is a bit childish. She got involved in some bad business with her cousins just to get closer to Vinnie, a man in charge of all the other bad things that mafia does. She thinks that if she is by his side she will get anything she wants in life. See? Childish. And she is 23, very immature for her age. With her thinking and behaving I'd say she is 14 or 15 and her hormones are taking over good sense but alas it is not so. And she was never even close to Vinnie, she just sees him from time to time, she knows he is handsome and has money and power. Shallow girl.

When Bastian gets her out of that museum she starts being really mean to him. And I mean mean and rude and I would slap her silly. She's calling him all kinds of things like Scarface and Ugly... I mean... do You really shout those horrible things into someone's face? She does, does it a lot. And that was the reason I started hating her a little.

But when you do get to know her, you see that she grew up between a normal life and mafia life. Her mother tried to keep her safe and away but it was never completely possible. She also lost her father at a young age. So I suppose she did have some reason to feel out of place, to try and find her place to belong to, just like Bastian.

She does mature a little and she will continue to do so being by Bastian's side, I have no doubt in that.

Bastian is amazing, he really is. And come on... scars are very sexy, who doesn't like that. It adds a lot to the person's character as well. Like all imperfections do. I hate perfect characters, there is no such thing as perfect and I cannot think of anything more boring than perfect.

I hope this book gets a paperback soon so many more people can enjoy this beautiful story.

Why not 5*? Because of over-usage of Phil's rudeness and horrible names she keeps calling Bastian. And some little things like what happened to that little statue he turned to face the wall? If they had no bathroom in that cottage, did they go out on that horrible coldness? How did they dry themselves after that shower? I would personally punch Billy in the face after the granddad comment. People are being way too rude here.

One thing I absolutely adored but I don't want to spoil it for everyone... the tattoo. Those who read and will read will know what I am talking about. That is an absolutely beautiful gesture that almost makes up for everything else. I almost melted right there and then.

This book also made me laugh out loud on couple of occasions, like here when Phil is holding so tight to Bastian on his motorcycle that he said:

"He couldn’t cope if she spent the entire ride trying to bond them at a cellular level."

It just came out of nowhere and it made me laugh and grin at the same time. Thank You, Gina.

I will stop here before I confess my love to Bastian (he's taken, ladies) and say to my dear author, please keep writing and bring us more lovable, imperfect and utterly delicious characters.