Missing so much that it doesn't make for a good read. 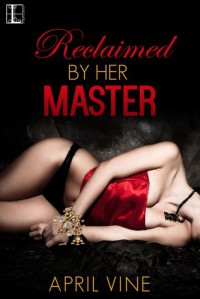 *Warning: This may be a slightly longer review since I have extracted quotes to explain my points.

"He destabilized every ounce of her being with his presence alone."

Aria Swift is struggling financially along with her brother Paul and at barely 19 she enters a billionaire Dom Stephen Black's manor for the sole purpose of stealing a painting from him that could ensure hers and her brother's survival for a long time but she is the one who gets something stolen as well and that is something no one could have predicted. She spends one night in Stephen's bed and that night will change her entire existence. But because of her immaturity and lack of trust in Stephen, she disappears along with the painting the morning after. Now, eight years later she is returning to the same place to retrieve something of hers that was stolen from her and she has no idea that she will end up in the same place she ended up all those years ago.

"From the first moment she met Stephen and in every minute of the short month she’d known him, a strange obsession to obey him, to please him, to give herself to him conquered her. In her innocence, she failed to comprehend the beauty of her fascination for him. She only understood the lively, provocative radiance coursing through her when he led and she followed."

Why I feel the storyline is lacking.

First of all, let me tell you right now what you can read in many other summaries out there, Aria was a virgin at 19 and beautiful as hell, quite believable, right? *notice the sarcasm*

Okay, let's say she is actually a virgin and she is with her brother Paul at Stephen's place to work in his vineyard. They were there for ONLY a month before they disappeared. In that one month, she managed to befriend Stephen's sister and gain constant access to the manor. She became her best friend. Upon which she accidentally stumbled on Stephen's Gold Room which was for some reason left with the doors unlocked and she tried on one of his contraptions and mind you, a virgin had only a short, see-through, flimsy nightie on her that completely exposed her when she sat on the aforementioned contraption. Stephen walks in and is completely smitten by this girl trespassing in his private chamber and soon he falls in love with her. Oh, he is 24 at the time and of course a billionaire because just because. And she falls for him too. After a month she completely gained his trust as well and he took her virginity on the night her brother stole the painting and they disappeared the day after.

"Did he forget the way he’d kissed her? Demanding she give him all her worth and more, always more until she had no choice but to hand herself over to him, for him to own? Did he forget the same night he claimed her as his submissive in the most beautiful subtle way imaginable? And how she, enthralled by his dominant passion, called him her master in all her innocence? She hadn’t understood the complete concept of ownership in her younger days, but he made her feel it right down to her soul. He’d wanted to possess her. She surrendered her body, her mind, and her heart to him."

She comes back, he catches her in her catsuit of course and high heels because all thieves are known to dress like that, especially the high heels, I imagine they are the most silent and inconspicuous wear one can wear *sarcasm again*. And the games of submitting her to his will begin.

"His pride demanded he make her pay, make her weak for him, make her beg shamelessly for a mere touch. He wanted her hot and soaking wet, bearing the mark of his whip—no, his cane. He wanted to hear her call him her Master."

One more thing we learn in the beginning, she says that this is her last "job" before she gets married to some completely irrelevant person. And okay, I can understand that. But later on we learn that she has only been to a couple of dates with the guy, he never even touched her and he never even asked her hand in marriage. What. The. Hell. ??? I might actually enjoy the storyline if not for all these inconsistencies, flaws and just complete lack of interest to produce some character depth. They might as well be anonymous puppets engaging in sexual activities at this point.

The biggest turn off.

I could go over the lacking storyline parts, I can make myself believe a lot of things and I would have looked the other way on all the stupidity like Aria waiting 8 years to retrieve her precious necklace.

But there is one thing that made this book a big NO, FUCKING NO ! for me. That chapter containing a forced 4-way.

Let me explain. So Aria is in Stephen's Gold Room and mister ultimate Dom thought that the best of completely breaking her and putting her completely under his control, for her to always be HIS and HIS ALONE is to call his three best friends over and have them lick, suck and finger her while he watches until she cries out the safe word. What the fuck is that about? It makes no sense. NO SENSE!!! He keeps on repeating how she is only his, gets pissed when she tells him she will marry some boring guy and then he proceeds to let his three friends mouth-fuck her in front of him? No, HELL NO!!! I could go along with this if the story didn't force their ultimate love, devotion and possessiveness of each other on us. That part just doesn't go with that. And it also shows Stephen's inability to subdue Aria himself.

"“I need to break her in. I want her back the way she was.” Stephen looked at his friends—men he knew as well as he knew himself. Each had his business empire to run, and all of them shared the same dominant streak. The bond they shared went as deep as brotherhood and deeper. They had each other’s back no matter the situation. If he had to ask for help, these were the only three men in universe he would turn to.

Just as they knew whom he spoke about, they also knew he needed them to help him fracture her stubbornness, crack open her vulnerability, and bring her back to where she belonged. He received three committed nods in reply."

"He watched her being mouth-fucked by his friends with no expression on his face. "

There are good points.

"Every time he entered his study, he relived the time she had crawled under his desk, tucked his shoe-clad foot into her side, curled her arm around his leg, and slept. After he finished his work, he pulled her out from under his desk and carried up her upstairs to a spare bedroom."

"This had been her fantasy for ages. Bound, bruised, and loved by Stephen."

"But the girl in his arms stole his heart and stripped him of his pride. Her touch made him both weak and strong at the same time. He was nothing without her"

"He filled her up and absorbed everything she amounted to until she was no one. A half-human who couldn’t exist without his touch. Her true self. She wasn’t her own person any longer. Her identity wasn’t hers to own. She became a miniscule part of him because he allowed it. He steered her with his commands, his knowledge that he knew what was best for her. In every sense and meaning of the word, she willfully and truly became his slave."

"How could she truly appreciate the gentleness of Stephen’s touch if she didn’t know the extent of how rough he could be with her?"

"She turned away and went in the direction of the bathroom.

“You have a minute, or I’ll come and get you as you are.”

Worried he’d deliver on his threat, she used her precious minute to splash water on her face and realign her defenses."

Who wouldn't she use the toilet in that situation? Seeing she hasn't been on one because she attended a party before and had dinner with everyone etc. Really, the best you could do was splashing water on your face? Ah.... what to say to that honestly.

I recommend this to someone who is in the possession of this book and has too much free time on his/hers disposal. For everyone else, please try a different book and I will read your review in return ;)