Beneath Ward's level, a waste of my time 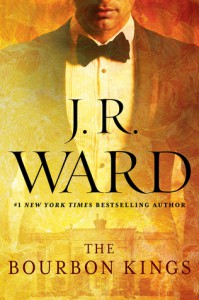 Why my dear author, I loved all your other books, all of them, why are you going down this path *sad*

So, let me start by shortly introducing the storyline. We have a big wealthy family who is in the Bourbon making business for generations and this family consists of a: shut-in-weak-never in the story-recluse mother, abusive-greedy-no heart-no emotions but sadism father and their 4 children, 3 boys and a girl. This particular town they live in is sort of built around them and their business. Everyone knows them, everyone envies them. They are the sort of people I hate from the bottom of my little black heart. Too wealthy, egoistic, self-righteous, pompous, womanising, whoring, abusing all others and can't see past their own egos and their money.

But of course, they all have their little problems which we ought to believe are more important than the problems of us, you know little insignificant people around them.

Let me shortly introduce the characters.

Mother was only a part of the story to produce children, for everything else she is shut in her room and is medicated all the time. Is she ill you might ask? Nope. Just weak. Must be all those millions wearing her out.

Father is trying to be portrayed as the abusive money-grabbing self-righteous as*hole but I really don't get that feel from him. Maybe because he was almost never in the damn story. Only people talking about him and children remembering the past when he beat them.

The eldest son, Edward, was the firstborn, smartest, most capable, most accomplished of the lot but after his kidnapping and some other things he survived in South America, he is out of the picture.

Lane, whom this story revolves around is a typical rich boy. Whored everywhere he could until he got one of those bimbos pregnant and because of a guilty conscience he married her although he was in love with Lizzie whose heart he broke by doing what he did. Lizzie is the second most important character. She works for the family as a horticulturist and all she does all the time is rearranging the damn flowers in all the rooms and the garden. Lane left the estate as soon as he got married to live on his friend's couch in New York and play poker all night for two bloody years. Yeah, what a catch indeed.

Max is a son we never hear anything about except that he is somewhere West. He is as you could have already guessed, a troublemaker.

And then there is the daughter, Gin. She is a whore. And I mean a slut, whore, bimbo, you name it. She whored throughout the town. And got pregnant young and has a daughter that is also nowhere in the story because she is at some boarding school or something. All Gin knows is how to look pretty and spend money. She is even willing to marry a person who will give her the lifestyle she is used to despite the fact that

the person raped her

And you practically know everything now. They keep going backwards and forward on stupid meaningless dialogues and monologues. They suspect that Father is ruining the company and that they'll be soon out of money. But that isn't as important as their self-righteous asses and the idea that other people who are below them just don't understand them.

Characters are extremely shallow. Unbelievably so which comes as a tremendous surprise for me knowing Ward's excellent writing.

I think that Ward just couldn't handle the contemporary romance drama genre. She is a master of paranormal romance but this is so beneath her level that I started to suspect she didn't even wrote it. I had to make myself read a little every day to finish it otherwise I would have dropped it in the first 50 pages. Characters have no depth, they have absolutely no chemistry, they are all sleeping around and are bad people and you just don't feel for them. Storyline is incredibly simple and unimaginative. All the so-called family secrets are described like a child would describe them.

I'd like my suffering to end now so I will just leave it at that. There isn't one good quality about this book. I only gave it two stars because it's a Ward book. And because it's freakishly long for this style books.

I'm sorry dear author, I love you but this book isn't you and I will not read any possible sequels to this nor will I buy a hard copy like I did with your other books. My recommendation is move along and don't waste your time on this book, it really isn't worth it.