Introduction to the Dark-Hunter world 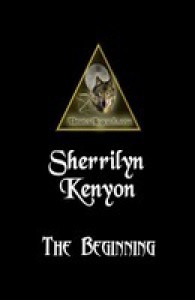 "The hatred. The betrayal.

Worst of all was the need.

A short story staring Acheron, the first Dark Hunter and the making of the new ones, including one that will often be mentioned in a "Fantasy Lover" because he will be one true friend that Julian of Macedon will respect many centuries later.

Acheron is a Dark Hunter, he was long the only one of his kind. He killed Daimons and saved the world day by day. Until Artemis, a goddess who was once his love and now is his nemesis, decided to give him underlings to train, men who died with honour and pledged their servitude to her and won't be released under her service until she decides so.

Those men are taken from their lives and their families and thrown into the world unknown. All because Artemis wants to keep Acheron close and have him owe her something. For she knows that without those men who tie him to her now, he would never approach her again...

What amazed me in this short story is how much was said in such a short amount of pages and how this short simple story managed to have an unexpected plot twist in the end. Truly wonderful.