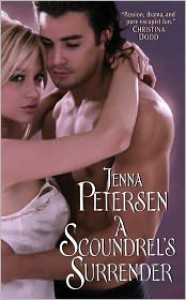 Truth be told, I was bored through most of this book. Many passages are repetitive and uninteresting.

Miss Marah Farnsworth and Caleb Talbot had an afternoon of pleasure two years ago. He saved her from the abduction and they shared a bed together. It couldn't have been at the worse time in Caleb's life since he found out a great secret about his origins and thought he was unfit to court pretty Marah. So he did what any man would - he disappeared for two years (note: sarcasm).

Marah spend that time sequestered in a remote village until her best friend asked for her help so she joined her and her husband, Caleb's brother, in London. As soon as she arrived in London, she met Caleb who was dragged back by his brother because their father was on his deathbed.

Of course, the passion ignited as soon as they looked at one another. But naturally, Marah lost all faith in men such as Caleb and such as her father was. She was determined to wed a stable, normal, depressingly boring man who would offer her stability and faithfulness. Whereas Caleb couldn't decide what he wants to do with Marah but he knew he couldn't lose her again.

The story itself would be very compelling if not for a poor result.

For one, Caleb is an asshole. He ruined Marah when he already knew about his origins and then under the pretext of not being fit to court her, he left. Oh, but he was fit to bed her, right? When he returned, he kept badgering her. He wanted her but he didn't want to be with her permanently. His conflicting feelings were shameful at the least. He kept hurting her with his indecisiveness over and over again.

Secondly, Marah is stupid and annoying. She sequestered herself for two years in some remote village because that idiot broke her heart. And then, upon return to London, she kept feeling sorry for him. Not to mention her annoying repetition of how a marriage isn't a union of love and passion but loyalty and safety. Then why didn't you just marry that idiot Emerson and be done with it. Not to ruin my night with your awful monologues.

Third, no one noticed how all of this played out on one person's deathbed? Isn't that a little disrespectful and just not the right timing? I mean, if your father was dying, would you trouble yourself all afternoon who the girl you liked invited for tea? I don't know. It didn't sit right with me.

All in all, all the focus on the tragedy in the family felt forced. Very much so. Like the author tried to give reason to unnatural behaviour of the main characters and blame it on someone dying. Nothing felt right. It was all out of context and out of place.